One of the key technological innovations of second-generation blockchains has been the development of what is called smart contracts.

Smart contracts are computer code that is stored inside of a blockchain that encodes contractual agreements.

Smart contracts are self-executing with the terms of the agreement or operation directly written in two lines of code stored and executed on the blockchain computer. A contract in the traditional sense is a binding agreement between two or more parties to do or not do something.

Each party must trust the other parties to fill their side of the obligation they are a written or spoken agreement that is intended to be enforced by law.

The multiplicity of different contractual agreements forms the institutional foundations to our modern society and economy which have evolved since ancient times.

If we think about something as seemingly simple as a cafe serving a cup of coffee, we will see that this process is really enabled by a massive amount of contractual agreements.

Between different parties that enable them to cooperate in delivering that outcome:

Our economies are powered by a massively complex set of contractual agreements that are currently created and enforced by centralized organizations like insurance companies and banks which themselves are supported by the ultimate centralized authority in the system the institutions of the nation-state are societies and economies.

Home is completely dependent upon third party organizations to maintain and enforce those contractual agreements. Smart contracts feature this kind of agreement to act or not act but they removed the need for the trusted third party between members involved in the contracts this is because a smart contract is both defined by the computer code and executed or enforced by the code itself automatically without discretion.

Such blockchains as smart contract technology can remove the reliance on centralized systems and enable people to create their own contractual agreements that can be automatically enforced and executed by the computer code.

These smart contracts are decentralized in that they do not subsist on a single centralized server but are distributed and self-executing across a network of nodes.

This means that untrusted parties can transact with each other in a much more fluid fashion without depending upon third parties to initiate and maintain the rules of the transaction likewise smart contracts enable autonomy between members.

Meaning that after it is launched and running a contract in its initiating agents need not be in further contact.

Algorithmically you provide the source input of money and product selection which the machine takes as input and simply execute on a rule automatically to produce the pre-specified output the same instruction set will be followed every time in every case when you deposit money and make a selection the item is released.

There is no possibility of the Machine not wanting to or not feeling like complying with the contract or only partially complying as long as it’s functional. 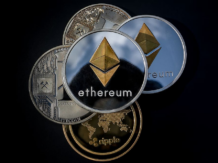 The five key features of Cryptocurrency 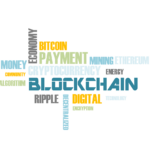