Enjin Coin is fundamentally designed to be the most useful cryptocurrency in the gaming industry, and the other products are the infrastructure to realize that goal.
They are not here to create their own centralized games or gamer marketplace. They are building a sort of like an ecosystem that will encompass the entire gaming industry.
The Enjin company has been around for a decade but they only announced Enjin Coin almost 2 years ago.
Since then, they’ve gone far in terms of development, partnerships, and adoption. They already got listed in over 25 exchanges, including the most popular ones like Binance, early on in their crypto journey.
They created a whole number of products in their ecosystem:

Enjin was also able to win multiple strategic partnerships with multiple companies from the gaming industry. They partnered with PC Gamer, one of the biggest gamer magazines from the UK. They also allied with game developers such as the open-source game engine community Godot. Godot is an open-source game engine for building 2d and 3d games.
What’s even more impressive is how they got partnered with Unity Technologies, the creators of the Unity game engine. It is the world’s leading game engine and is used to create half of the world’s games.

Enjin also partnered with NRG, an esports organization based in California. NRG has rosters in Clash Royale, Dragon Ball FighterZ, Fortnite, Counter-Strike: Global Offensive, Overwatch, Smite, Hearthstone, etc.
Among all the partnerships, the one thing that stood out in the public’s view is their deal with Samsung.
How big is their company? What is their goal? So I want to share just enough information about the Enjin company. But in those very early days, what they did was launch their first product: a gaming community platform called the Enjin Network, and they have been deeply involved in the gaming industry since.

Ten years later and they have got over 30,000 gaming communities and 20 million users in their platform. In July of 2017, they announced Enjin Coin, and launched a successful ICO crowd sale in October that same year, raising 23 million dollars.
Enjin was being really generous asking only 23 million, for a crypto project that’s supposed to dominate the gaming industry. Now let’s talk about their products. Talking about Enjin products would likely take a whole series, which is what I’m intending to do. I’ll just give a quick overview so you’ll have a general idea.

ENJIN NETWORK
What is it? Well, it is the gaming community platform. It is used by gaming clans and guilds. This is the platform that has all those 20 million users talked about earlier. The Enjin Network provides infrastructure such as a website builder, website hosting, game forum boards, social network, and many more. It’s an all-in-on platform for gaming communities and many guilds and clans from popular games have used this platform. People from World of Warcraft, Call of Duty, and many other games come here to create and manage their communities.

ENJIN WALLET
The Enjin wallet is not just another crypto wallet. It has a simple interface and a great user experience. Not only does it support Enjin, but also Bitcoin, Litecoin and ERC20 tokens. You see, people don’t want to have many different wallets with different passwords; it’s not user-friendly. This is why I think the Enjin wallet adds a lot of value to their ecosystem. You can also store your collectibles on the wallet which may be everything from gaming multiverse items to membership tokens. It’s a wallet that caters for everybody’s needs but adds an extra and specific use case for gamers.

ENJIN MINTSHOP
Is their Blockchain Asset Creation Service. This allows users with no development experience to create blockchain assets. They will be using the brand-new ERC-1155 tokens, which has already minted over 20,000 tokens. And of course, their scaling solution, Efinity. As of now, Efinity is still in the development phase. Soon, it will serve as the network for performing highly scalable gaming transactions. With Efinity, a game is going to be ready to perform nearly infinite volumes of transactions between many players and therefore the game server — at high speeds and nearly no costs.
Alright, so to wrap this up, Enjin Coin is a blockchain ecosystem, for building a set of products that enable anyone to simply create, manage, trade, store, explore, distribute and integrate blockchain assets. They were founded by the Enjin team, and they’ve been involved in the gaming industry for a decade. 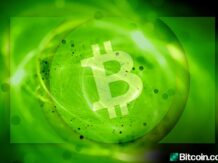 What are cryptocurrency forks?