Running total is a very handy and useful tool.

From Wikipedia: “Running total is the summation of a sequence of numbers which is updated each time a number is added to the sequence, by adding the value of the new number to the previous running total.”

The main purposes of a running total are to save the state of summation trough a sequence of numbers without having to sum the entire sequence each time.

Running Totals is used to keep track of:

For calculating Running Totals, we would use Built-in SQL Server analytical functions (Window functions with OVER clause).

Examples are querying data from AdventureWorksDW2017 database and FactInternetSales. We are having three different types of measurements.

We are taking data and partitioning OVER OrderDate to get Daily Sales.

For Running (Cumulative) Total we are summing over OrderDate and adding each sequence on the last Total. I have commented on each measure in the code below.
(Just click once in the box, mark code and copy to SQL Management Studio)

For making this short article with examples I have used low spec. MacBook Air 11,6″ mid-2012 with 4GB RAM running MacOS Mojave. I just wanted to test if it is possible to run Docker container with SQL Server 2017 on it. I have experienced no issues and getting query result back to Azure Data Studio was instantaneous. 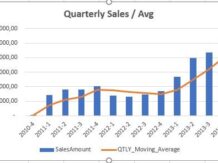 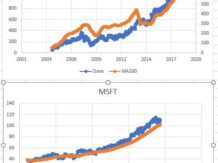